is all of these games, and more. Each cycle is the same game — in theory. But when you are trapped in a recursive loops of loops, splitting off into countless branchings of yourself, each given a different life but the same urge to write the same game... how similar will those games actually become?

The results, available here, may surprise you. They sure surprise me... every one of me.

the past is the future

Every two weeks, there is another cycle — and with it, a new iteration of what Too O'Clock is, was, could be, will be, added to the others in an ongoing and expanding anthology. You can get 2 two-page games for the ludicrously low price of $2.22... but by paying full price, you gain access to everything in that anthology, including every upcoming cycle. And I can tell you right now, there will be SEVERAL more cycles.

The "demo" below contains ALL the cycles as full text-only versions of each game. Feel free to get a taste of the content before paying. Each cycle's ZIP folder also includes its text-only version, along with PDFs for both an artistic "lush" version and a grayscale printer-friendly "lean" version. Free community copies are also available. 💚 I'd love to hear your thoughts about this! Leave a review and/or comment below, and/or tweet at me.

In order to download this time loop you must purchase it at or above the minimum price of $2.22 USD. You will get access to the following files:

Support this time loop at or above a special price point to receive something exclusive.

Times are tough. For marginalized people, times are EXTRA tough.

While the plain-text collection is free, I want to help where I can. If you're struggling, have one on the house. I want your joy more than your money. If these have run out, you can ask me for a free copy at xander.hinners@gmail.com and I'll send one to you. 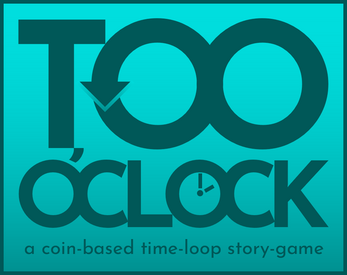 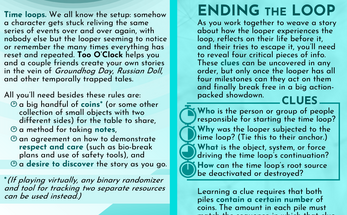 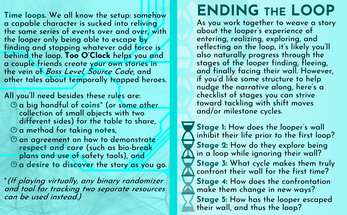 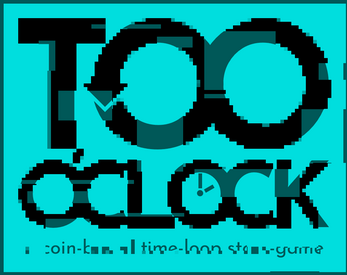 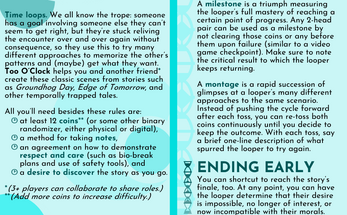 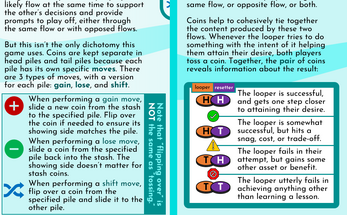